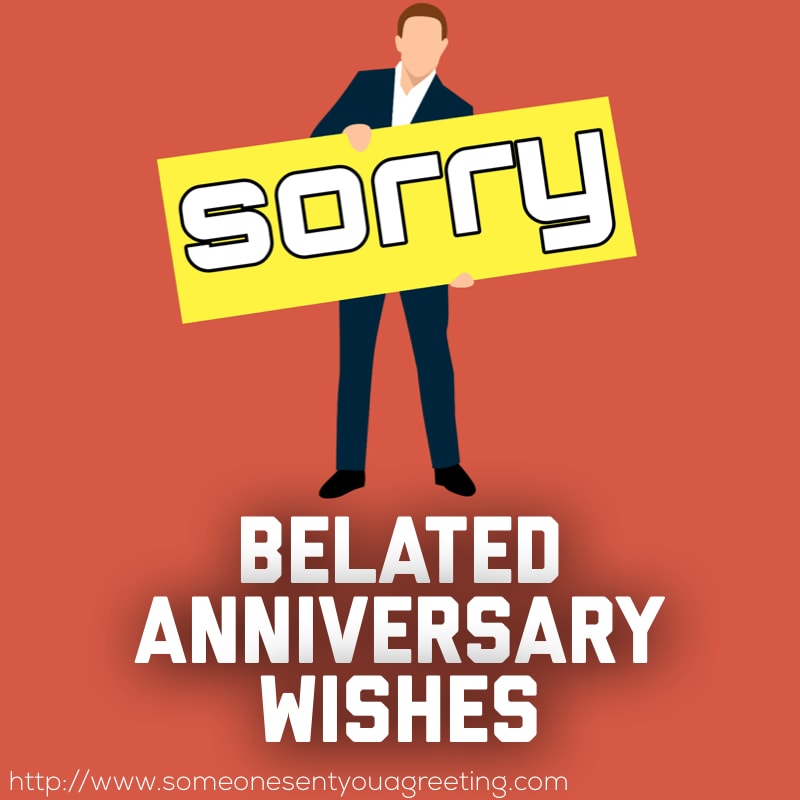 Ooops! You’ve gone and forgotten your anniversary, haven’t you? I don’t need to tell you what a mistake that is!

Fear not though as it can still be rescued, albeit with a forgiving partner. The first step to mending fences and building bridges is to give them a card or note containing your apologies.

At the same time you should include a belated anniversary message to let them know you still want to celebrate the occasion and acknowledge how big a deal it is. Just an apology for missing it won’t be enough.

You’re struggling with what to say though, right? Writing belated anniversary wishes aren’t as easy as you might think.

You want to be apologetic, sincere and try to still capture the moment if the special day (even though you missed it!). Alternatively if you’re partner is the type then saying something funny or self depreciating about the situation can work wonders to break the ice and thaw relations. Or you can use both covering all options.

So take a look at the belated anniversary wishes and messages below to give you some ideas and inspiration. You can copy them as they are or edit them to fit your own needs.

Use these belated wishes to apologise and show how much you care even though you messed up to your partner. Hopefully they will be a start to making it up to your significant other and make amends.

Try these funny messages for your belated anniversary card to (hopefully!) put a smile on your partners face. Just be sure they have a good sense of humour!

Tip
Make sure you’re significant other is the type who will be able to laugh at you being late. Using a funny message when they’re genuinely upset or annoyed over you missing the anniversary could only make things worse. So be 100% certain beforehand.