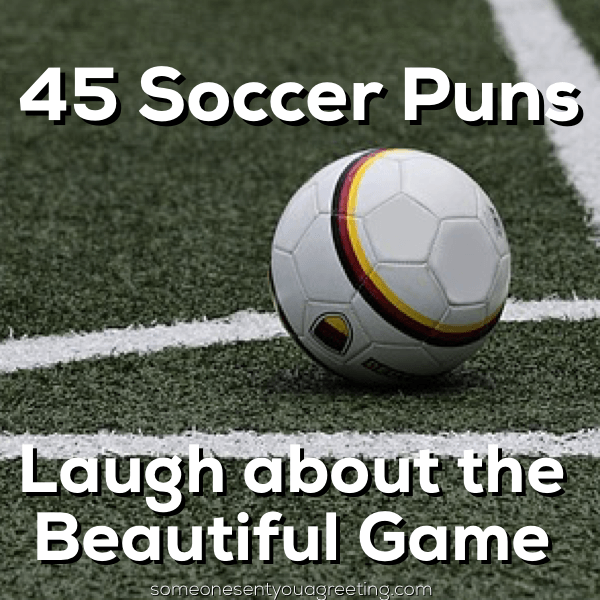 Soccer, or football as it’s known outside of the US, is the worlds most popular sport. The intensity, rivalry and skill involved makes it a gripping sport to watch and tons of fun to play.

And it’s not without its laughs too. The gallows humour and self deprecation that accompanies following your favourite team is all part and parcel of the enjoyment. You accept that when you’re winning it’s great, but when you’re losing you’re going to be the target of many soccer related jokes.

So if you want to give a friend a ribbing over his team losing, maybe add a funny caption to an Instagram or social media post, or just enjoy a laugh about soccer in general then have a look at this huge list of funny sayings about soccer.

These play on famous player names are perfect for your fantasy football team.

Put these short soccer puns on Instagram or social media and share with the world your amazing soccer knowledge and pun-nage skills!

Have a laugh with these hilarious soccer jokes.