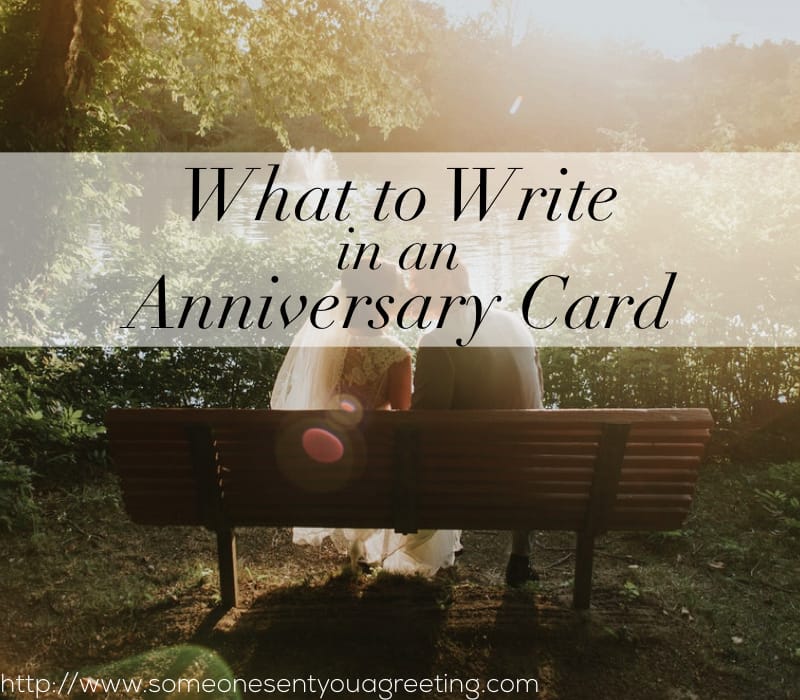 But anniversaries go all the way through newlyweds, families and onto the more mature couples who are hitting the big milestones like silver, ruby, gold and diamond. Love that sustains and remains through all the testing times life brings should be cherished and respected.

The way you can celebrate the anniversaries of others is to send an anniversary card. This gives you the opportunity to express the way you feel about their big day.

Maybe you want to offer them congratulations, pay tribute to their enduring legacy of love, recall a funny anecdote involving the couple or just wish them a happy anniversary. But choosing the correct words is sometimes easier said than done. Some people find writing their feelings or emotions difficult, others just aren’t sure what sort of words to use.

So if you’re struggling with what to write in an anniversary card then below you’ll find a selection of anniversary wishes and card messages. They cover all the different types of anniversaries and recipients, from family and friends to your spouse and big milestones.

We’re confident you’ll find exactly what you need to inspire you to write your own wishes or find the most appropriate example for your card.

If you’re intent on writing your own anniversary wishes and messages then you can follow a few tips to make sure you hit all the right notes.

Try some of the examples below to give you some inspiration when writing your own. 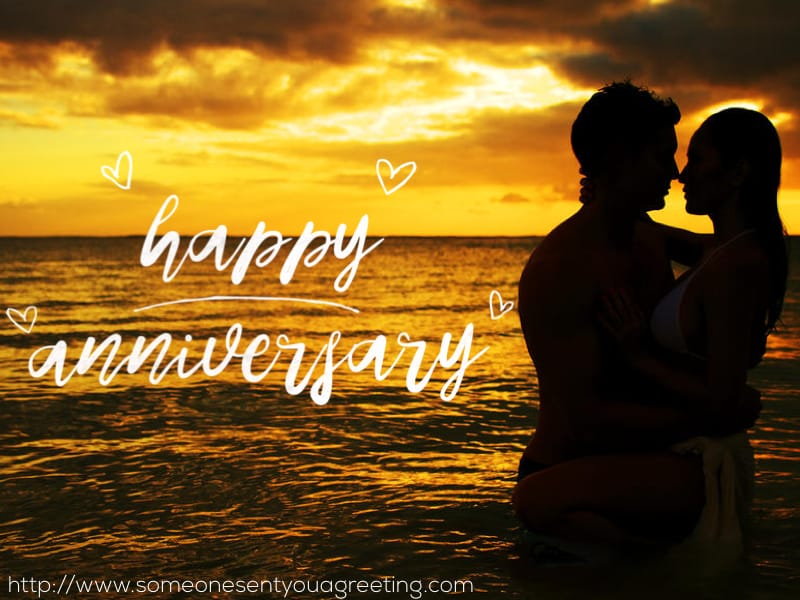 If it’s your own anniversary then write from the heart and express exactly what your partner means to you. Don’t worry about sounding silly or getting it wrong. If you are concerned then use the examples below as a guide on what to say. 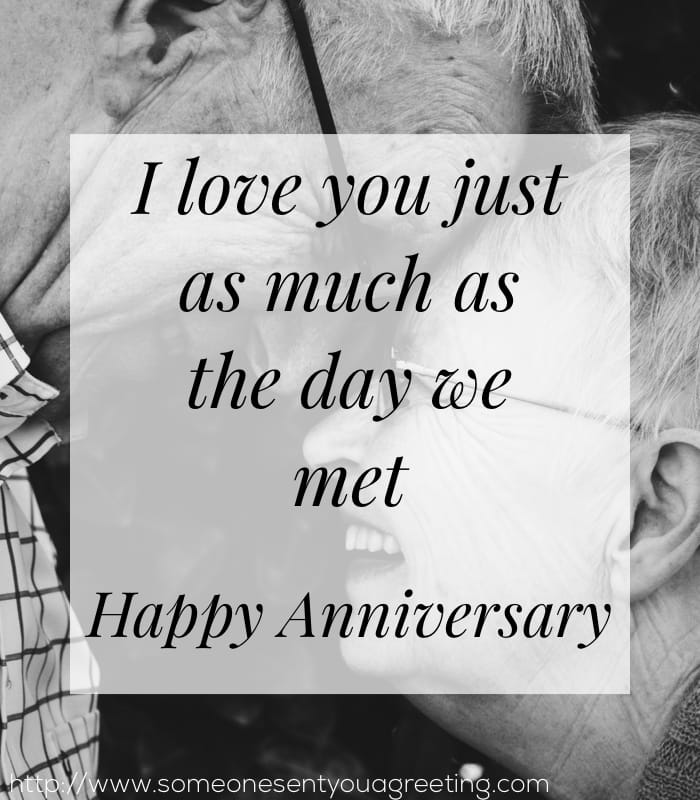 Major milestones like a 20th, 30th, 40th etc. anniversary is a huge achievement and so should be celebrated as such. Use the examples below as inspiration for your message.

Tip
Make sure you know which anniversary it is your sending your card for. They can sometimes be confusing and knowing which is which for the appropriate year can be easily mixed up. So, for avoidance of doubt here are the most common and major milestones:
Silver – 25th
Ruby – 40th
Gold – 50th
Diamond – 60th 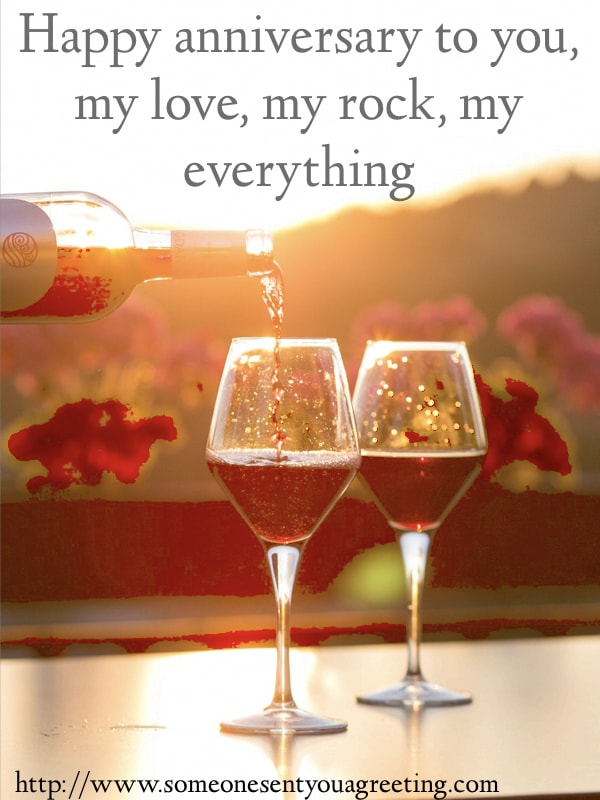 Join in the celebration of a friends special day by sending them a warm message of congratulations. Be that simply wishing them a happy anniversary or something more personal like an anecdote from your past that only you share with them.

An anniversary is a time of joy and celebration, but can also be a time of laughter. You can use these humorous and witty wishes to put a smile on the couples face. 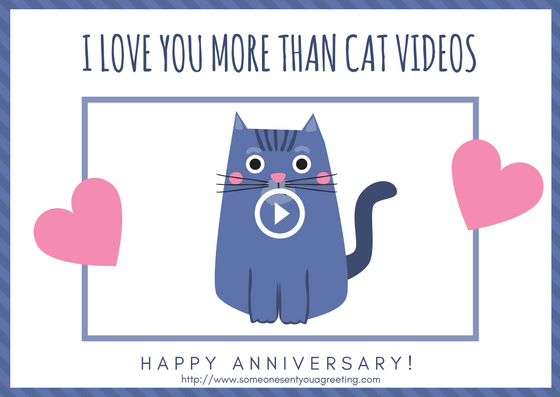 Tip
Be certain that the couple you are sending your anniversary card to is open to receiving a funny message. You might risk offending them or coming across as not taking it seriously. If you are confident about their sense of humour then go ahead with the funny message but if you are in any way unsure then it would probably be advisable to avoid doing so.

We hope you now feel a lot more confident about what to write in an anniversary card. Use the steps and examples here to send a lovely anniversary message to whoever is celebrating or marking their anniversary.