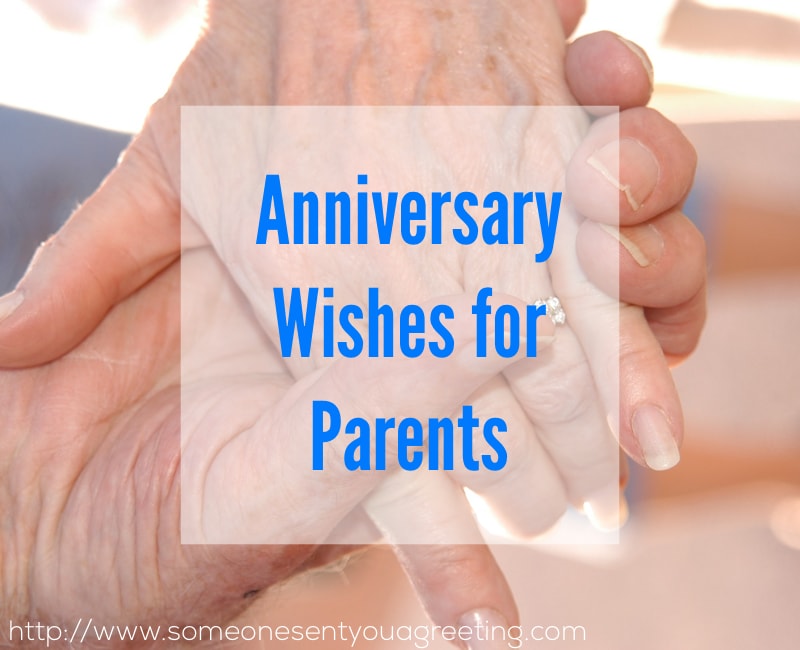 An anniversary is a time for celebration, love and happiness. It represents a commitment and enduring love between two people.

When it’s your parent’s anniversary then it’s an even greater occasion. You get the opportunity to celebrate two of the most important people in your life and their lives together.

One of the ways you can celebrate it is by getting them an anniversary gift and card. A well thought out present can be a lovely way to commemorate a special day, and with that a card containing a touching or beautiful message wishing them a wonderful anniversary.

You know them better than most so should be able to express your feelings in a touching and emotive way. It’s not always as simple that though, is it?

So if you’re struggling with your anniversary wishes for parents then read on as we have got a large selection of wishes, messages, quotes, poems and more. Use them as they are or change them to fit your circumstances.

These anniversary wishes and messages are perfect to write in a card. They range from short and simple to the longer and more expressive. 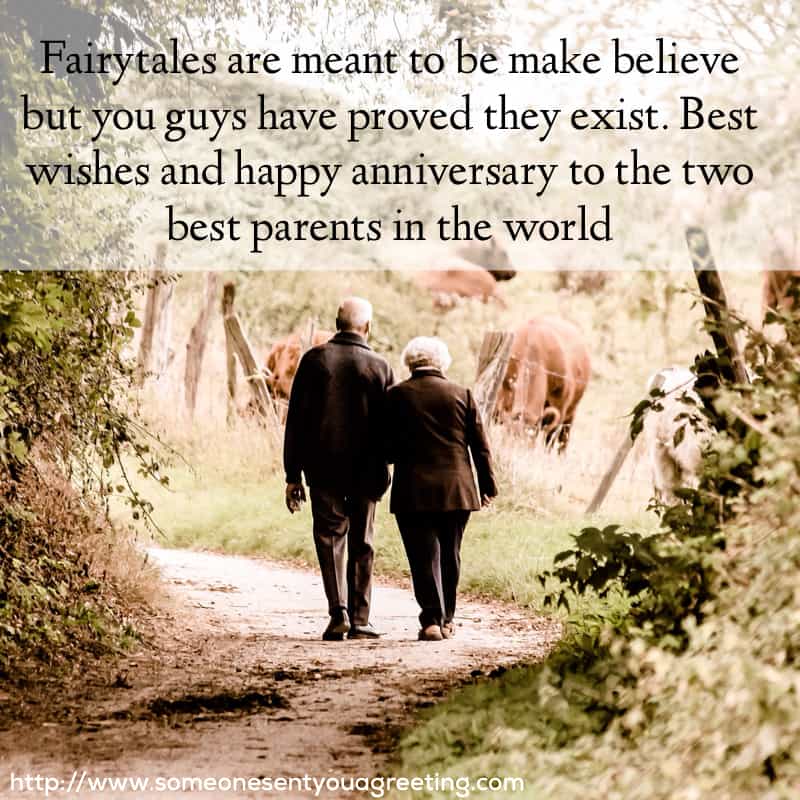 It doesn’t have to always be heart warming messages and wishes. If your parents are the type then a funny message could be the perfect inclusion in your card. 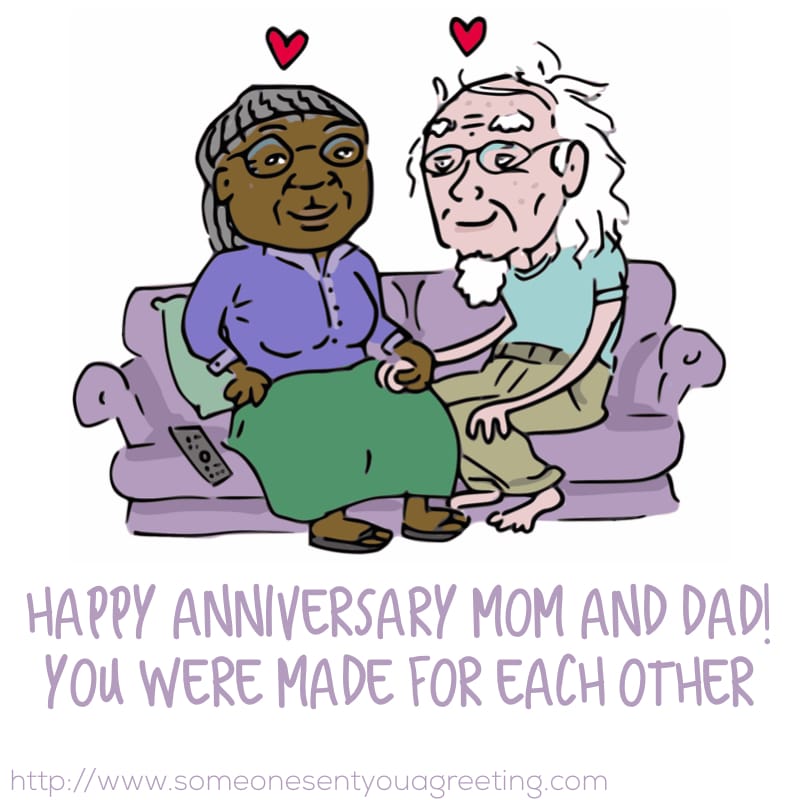 Quotes from famous names including authors, philosophers, musicians and more can often sum up your feelings in the most concise and fitting way. They get to the root of what you want to say but are struggling to.

If you want to you can make your wishes relate specifically to your relation, ie being their son. Maybe talking about their impact on you and your growing up.

Much like above you can make your message about being their daughter and how they’ve been an influence on your life. 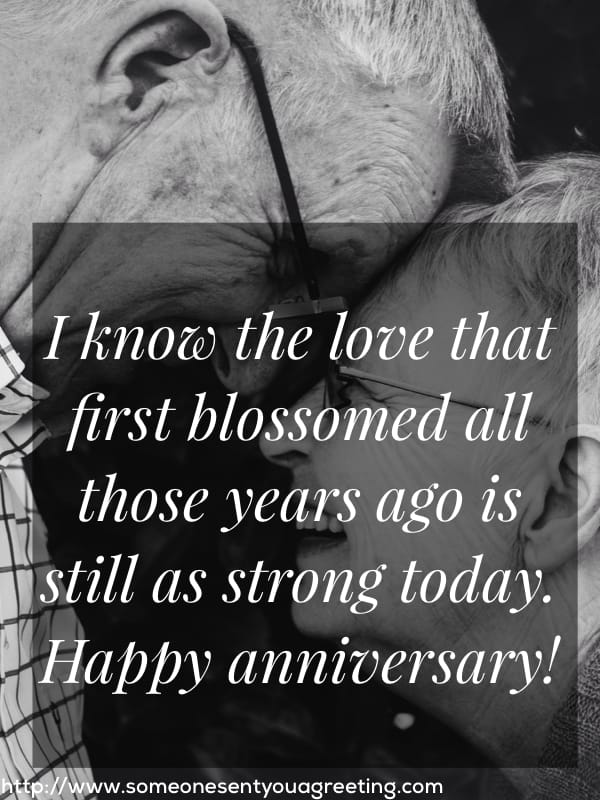 A thoughtful and beautiful poem can be a great way to wish your parents a happy anniversary. Poems can do a brilliant job of expressing your feelings in ways your words alone can’t.

We hope these anniversary wishes for your parents will have helped you in wishing your mom and dad a happy anniversary. We owe so much to our parents it’s not that much to ask for a little message of congratulations, is it?