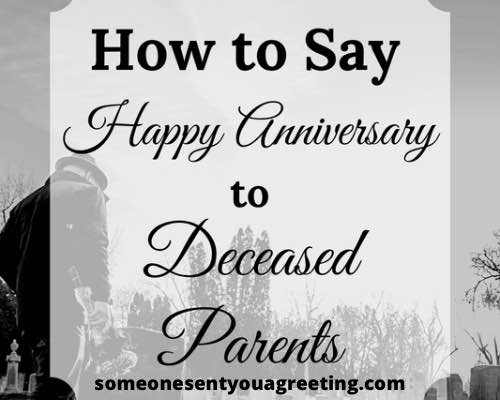 Even after they’ve passed away you may still find yourself wanting to say happy anniversary to deceased parents.

We never forget our parents. They are so important to us that even after they’ve gone we remember every significant moment.

Like birthdays, holidays and anniversaries. When those come around again they bring with them different challenges.

The memories resurface and we remember them even more greatly. And we want to celebrate, if that’s the right word, those noteworthy days.

So remembering and marking a parents anniversary in heaven is natural.

But how do you do so? And what do you say or write on your deceased parents anniversary. Saying ‘Happy Anniversary in Heaven’ is nice enough but you probably want more.

These late parent anniversary wishes will help you to find the perfect words to remember mom and dad who have passed away. 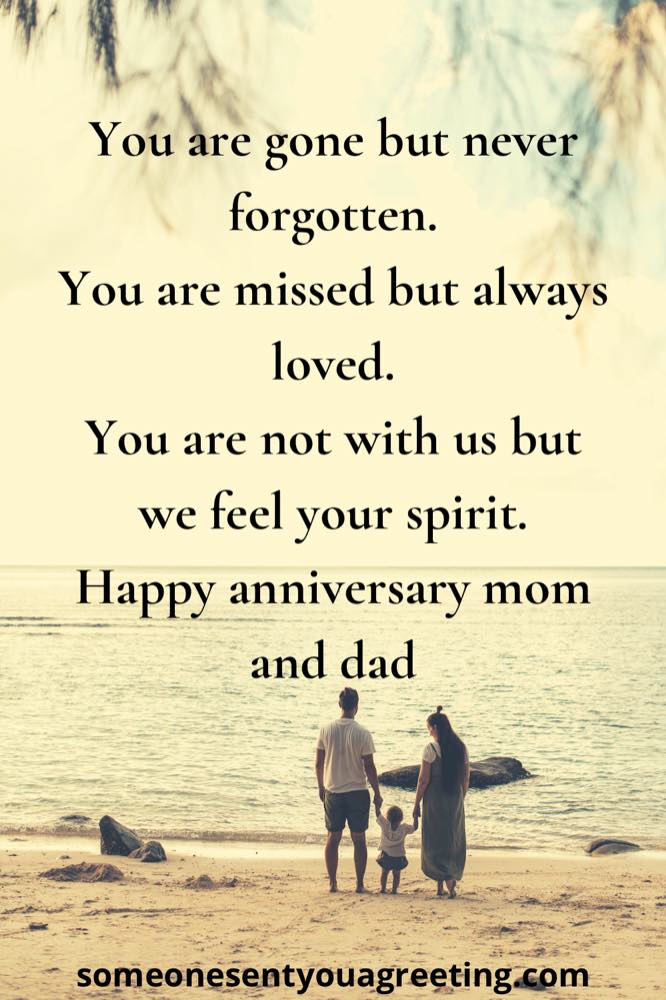 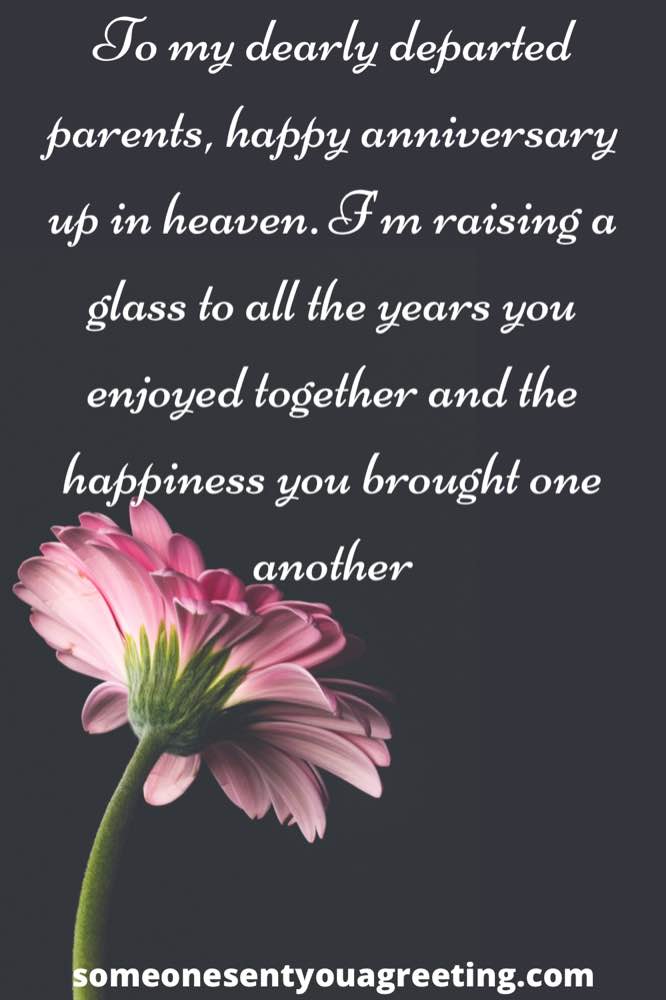 We hope these messages and example anniversary wishes for deceased parents have helped you to wish your late mom and dad a happy anniversary.

Not having your parents around can be so hard. Reaching out even after they are gone can be therapeutic and help us to never forget them.

So hopefully these wishes will have helped with the grieving process and allowed you to remember you’re amazing parents on such an important day. 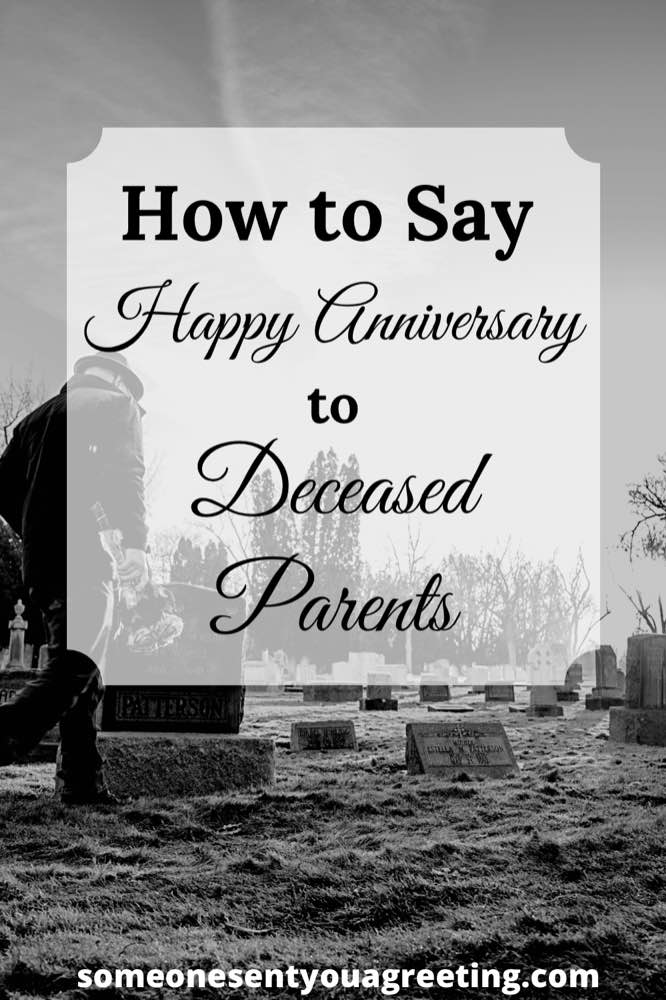 1 thought on “How to Say Happy Anniversary to Deceased Parents: 31 Examples”