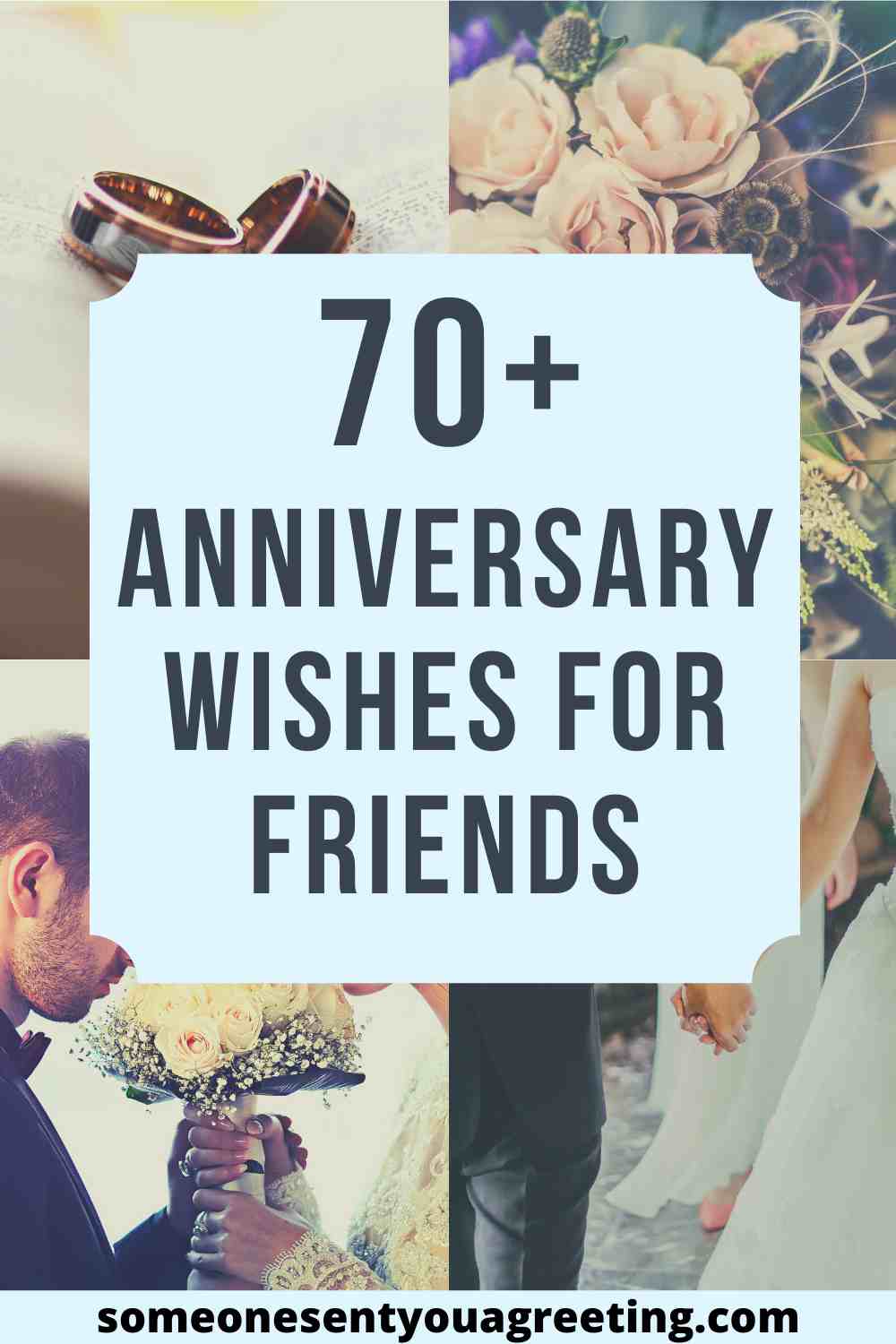 Are your friends celebrating an anniversary? If so then you’re going to need some happy anniversary wishes for friends. It can be tricky to know what to say in a message or card.

Well if you’re struggling then keep reading as we’re here to help.

An anniversary is a time for celebrating. It’s a reminder of the love two people have for one another and the day they expressed it.

So when it’s your friends celebrating their anniversary you’re going to want to really wish them a great day and tell them how happy you are for them.

But knowing what to say and how to properly express yourself, be it in a card or in person, is tough. For many of us those sorts of words or sentiments don’t come easily.

So if you’re having a hard time coming up with a sweet message for your friends anniversary or touching words to show how much you care then these example anniversary wishes below should help.

Need more ideas? Try our guide for What to Write in an Anniversary Card

Wish your best friend a happy anniversary with these sweet and touching messages. 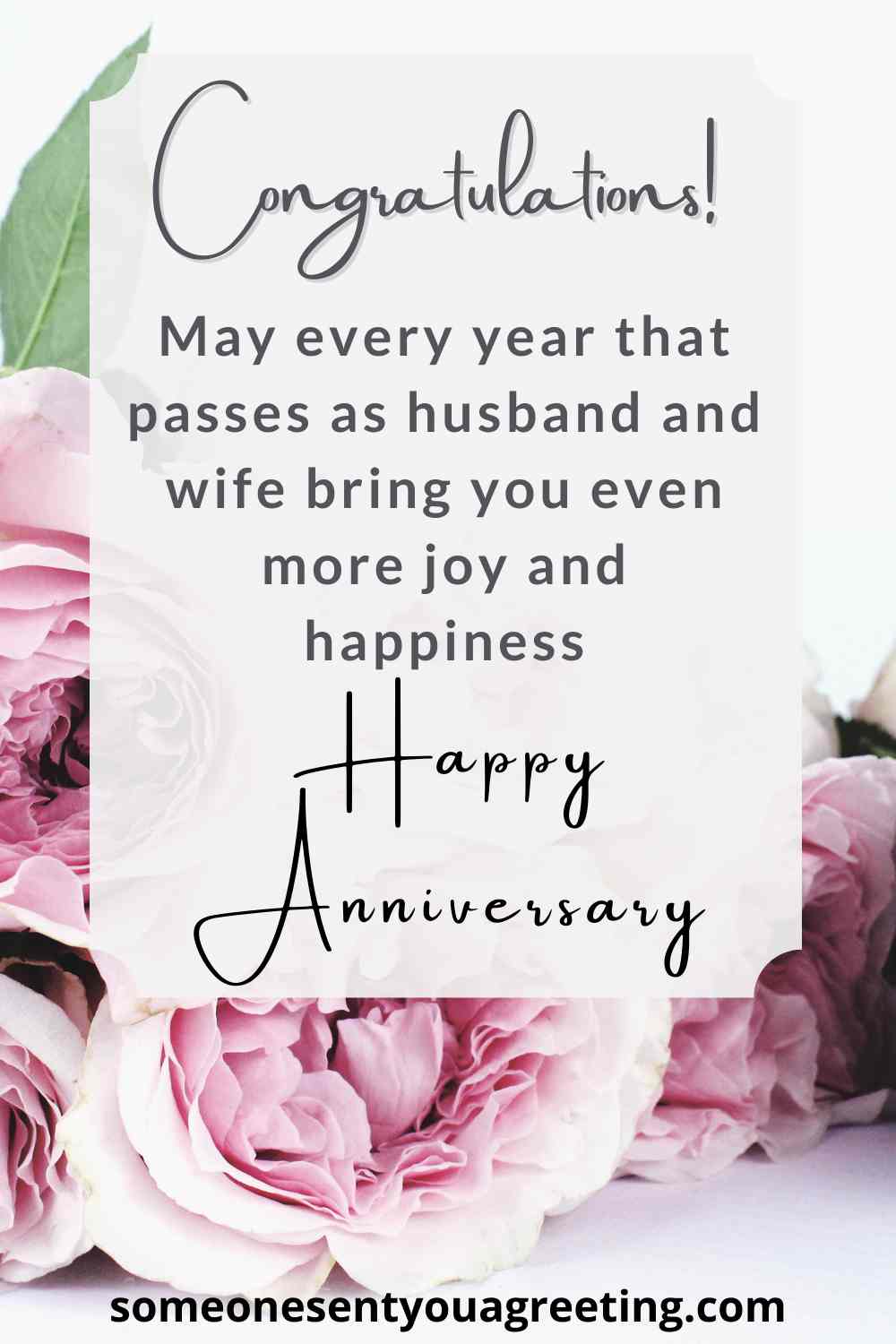 Use one of these inspirational quotes to show a couple the true meaning of love on their anniversary. 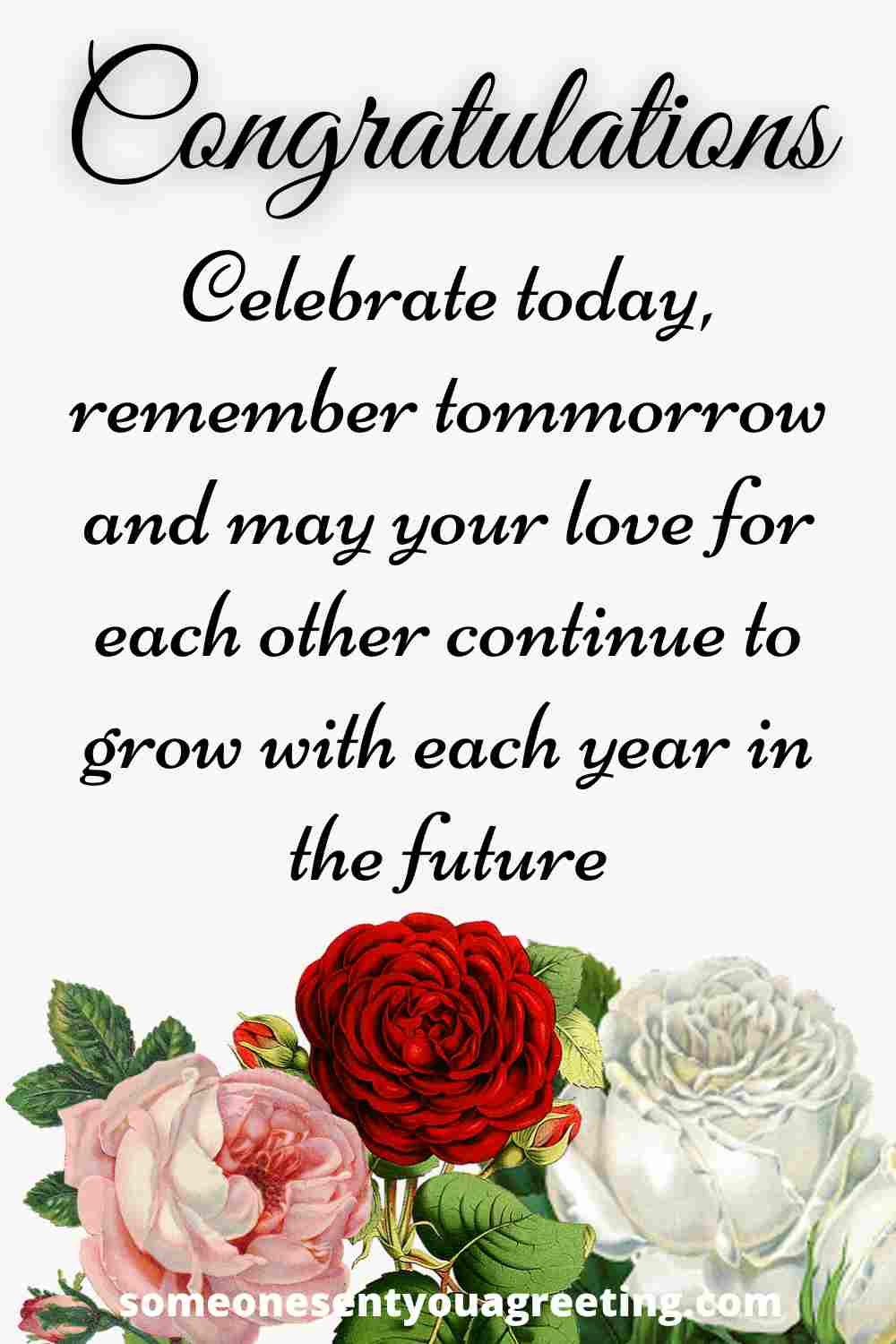 Anniversaries don’t always to be serious. Love should involve fun and laughter, so try one of these funny messages. 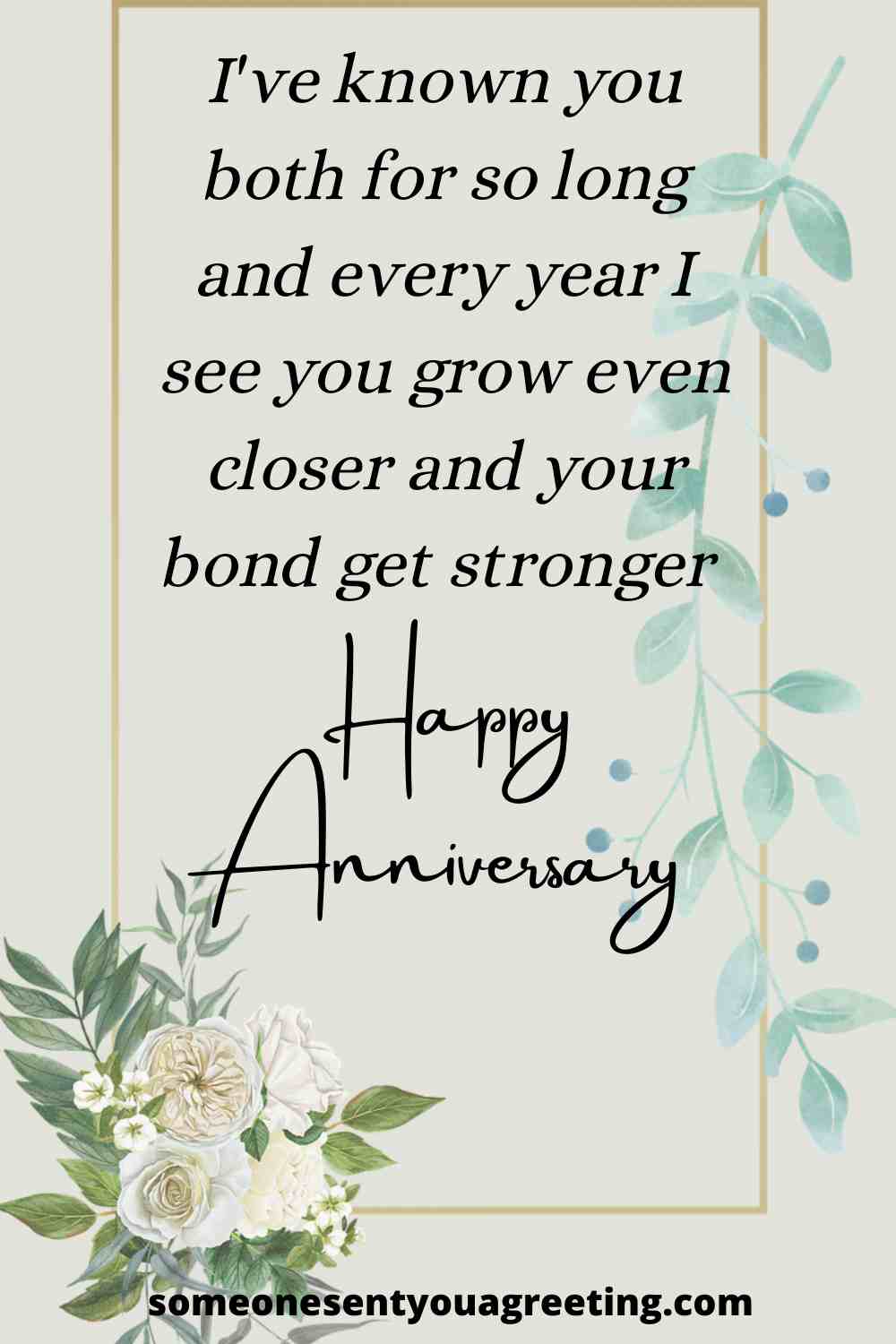 We hope these anniversary wishes for friends will have helped you show those people you care about most just how happy you are to see them celebrating their anniversary.

Whilst you might be unsure of what to say or how to say it your friends will really appreciate any gesture. So try to find a few words and remember that even the smallest effort will be warmly received.