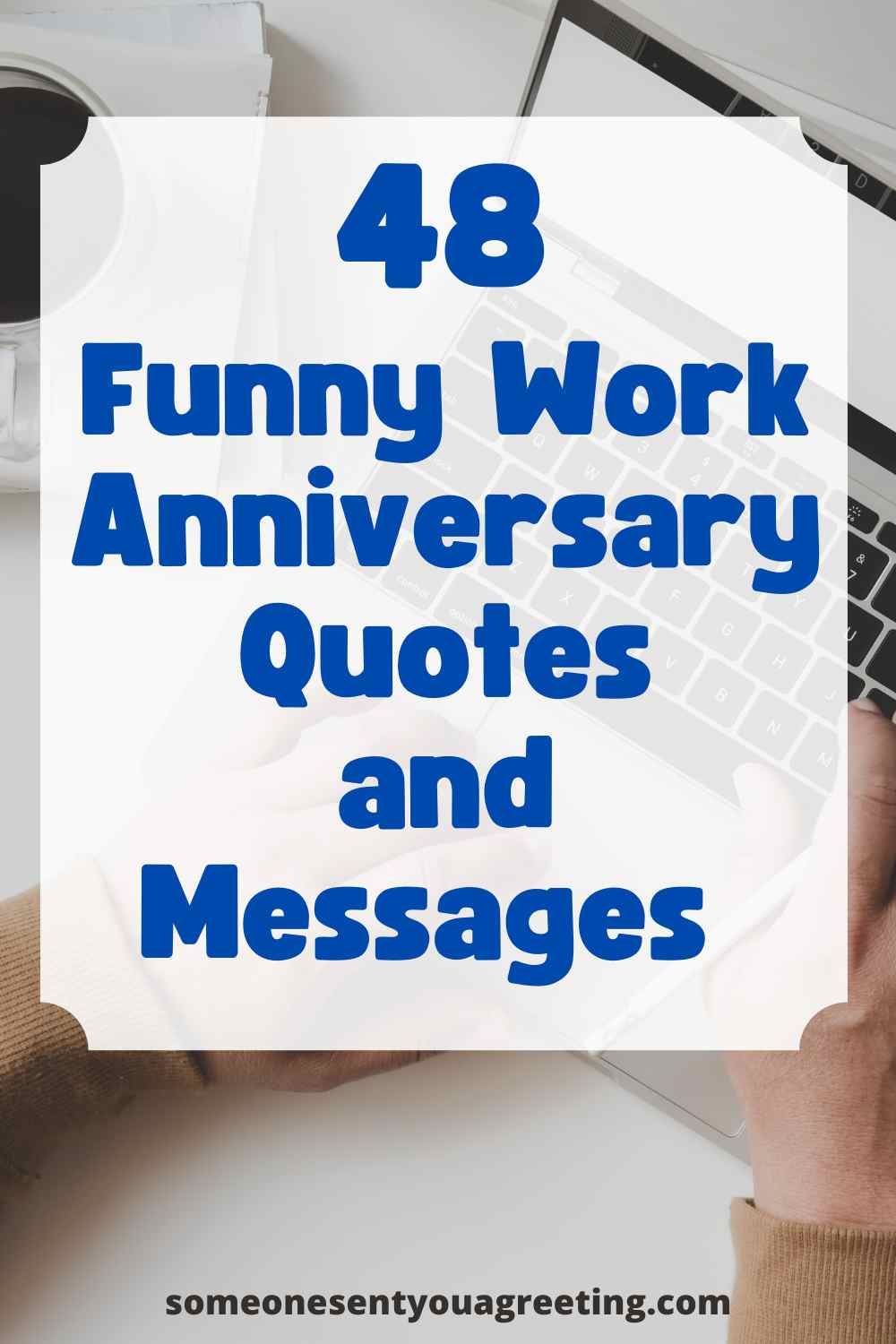 A work anniversary is a really fun and happy day. Celebrating the anniversary of a colleague or friend who has spent years working for a company is a great way to show thanks for their hard work and dedication.

On anniversaries of any kind we offer our best wishes and congratulations to whoever it is. Usually it’s with a few kind words to say happy anniversary and that’s it.

But a way to really out a smile on someone’s face in their work anniversary is with a funny message. Something that pokes a little fun at them and their work life.

It might be in the form of a joke or quote, just something that will get a laugh. But if you’re not sure what would make a funny work anniversary message then don’t worry.

So give them a laugh and make their work anniversary that bit funnier with one of these funny anniversary quotes and messages. 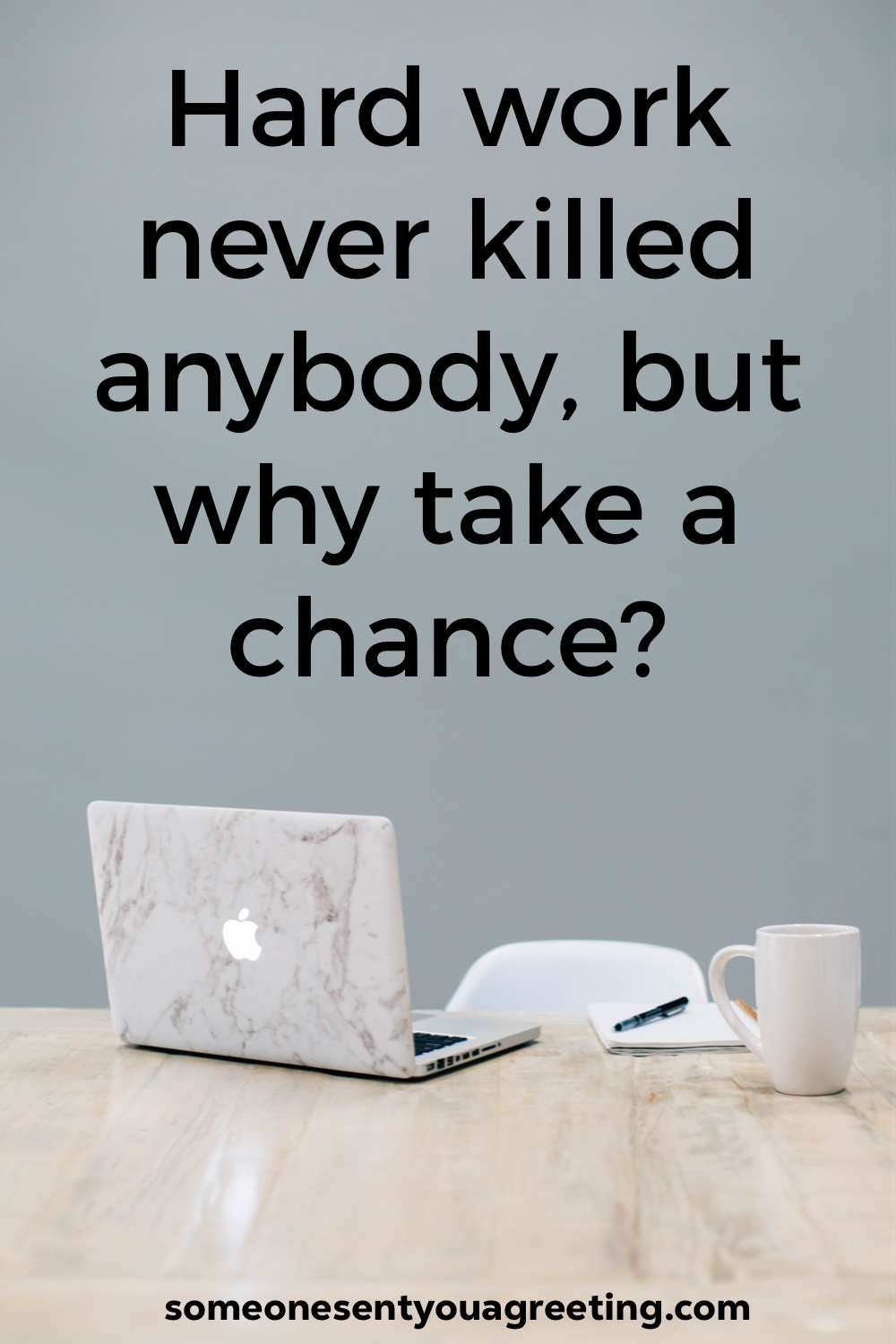 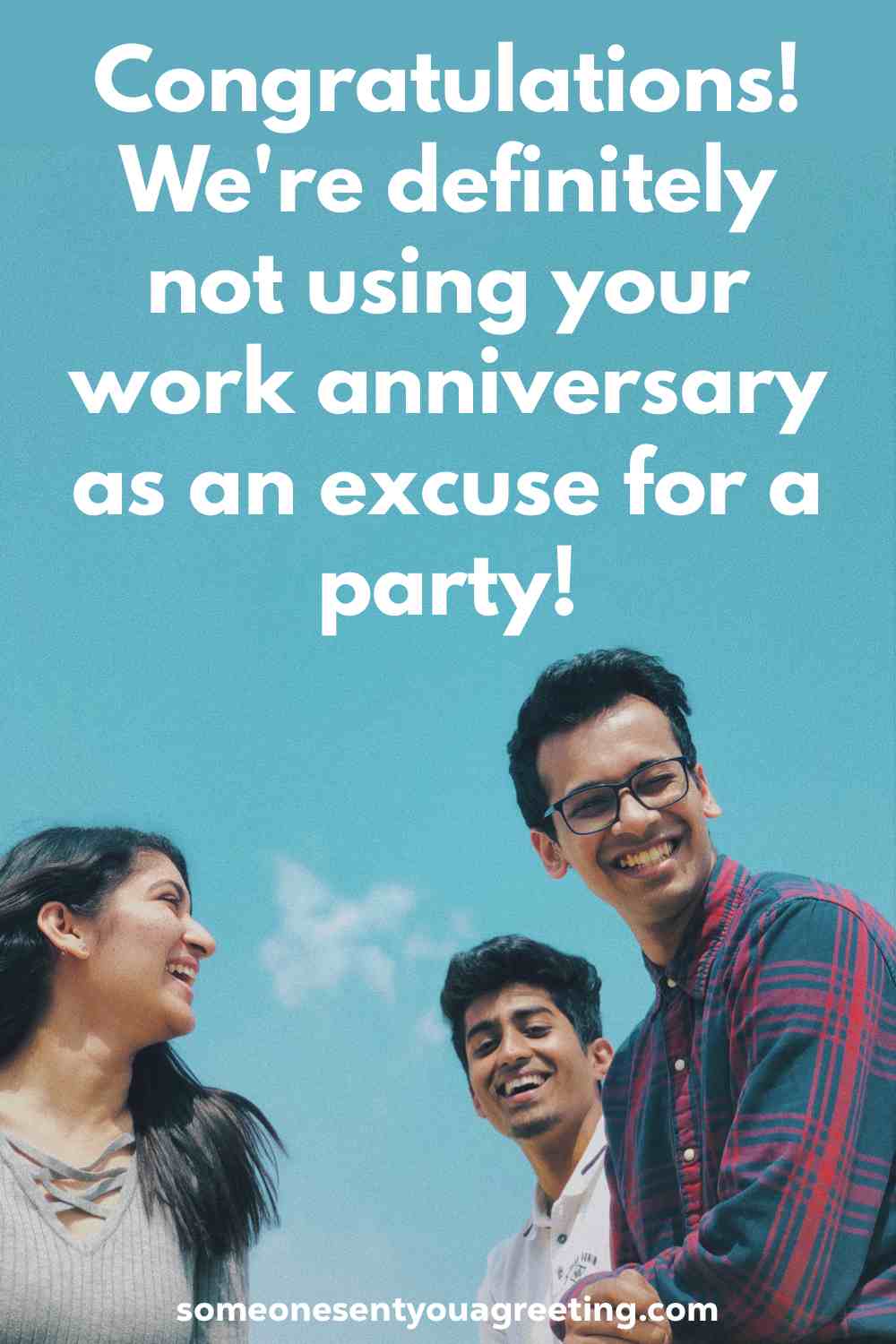 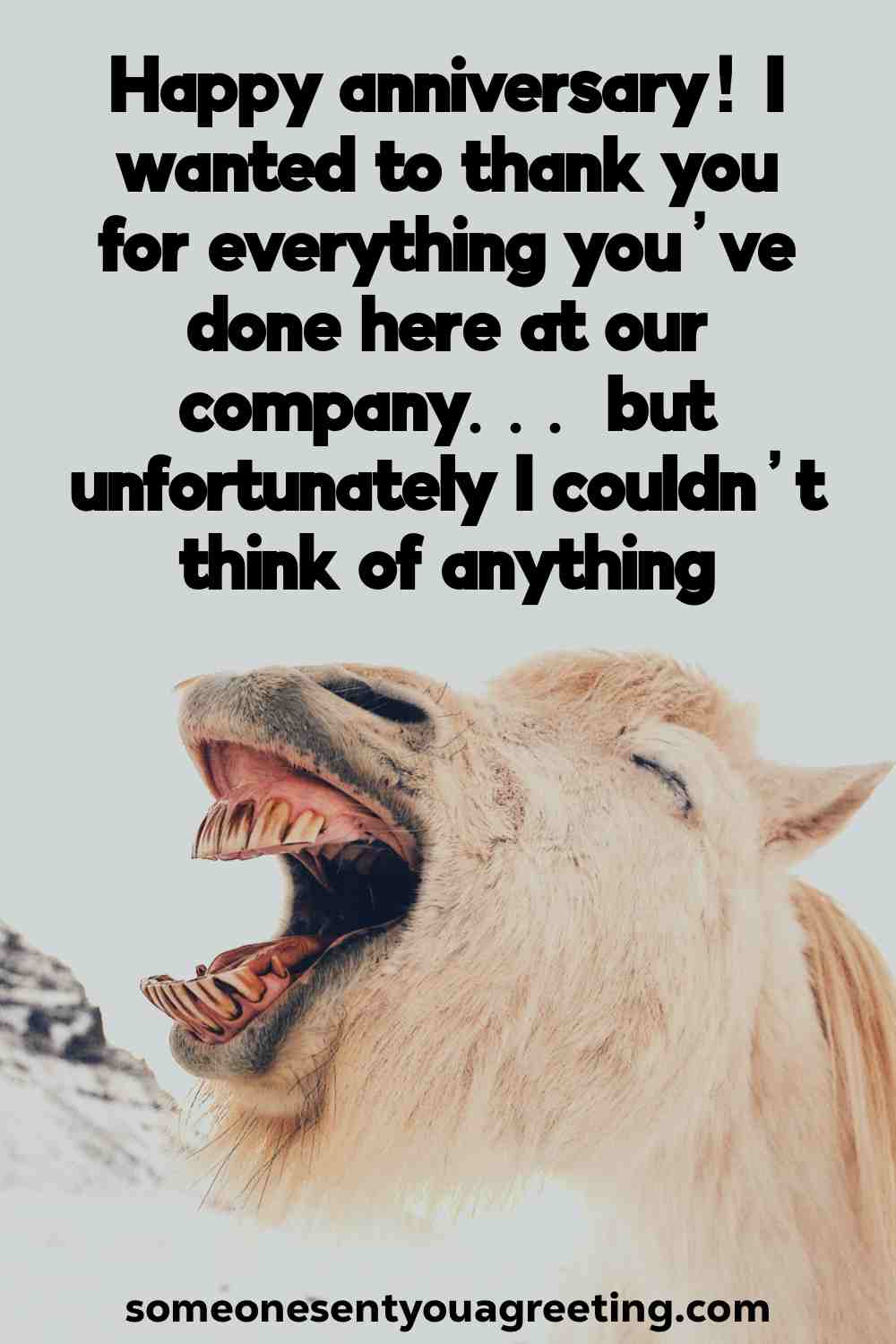 SEE MORE: What to Write in an Anniversary Card 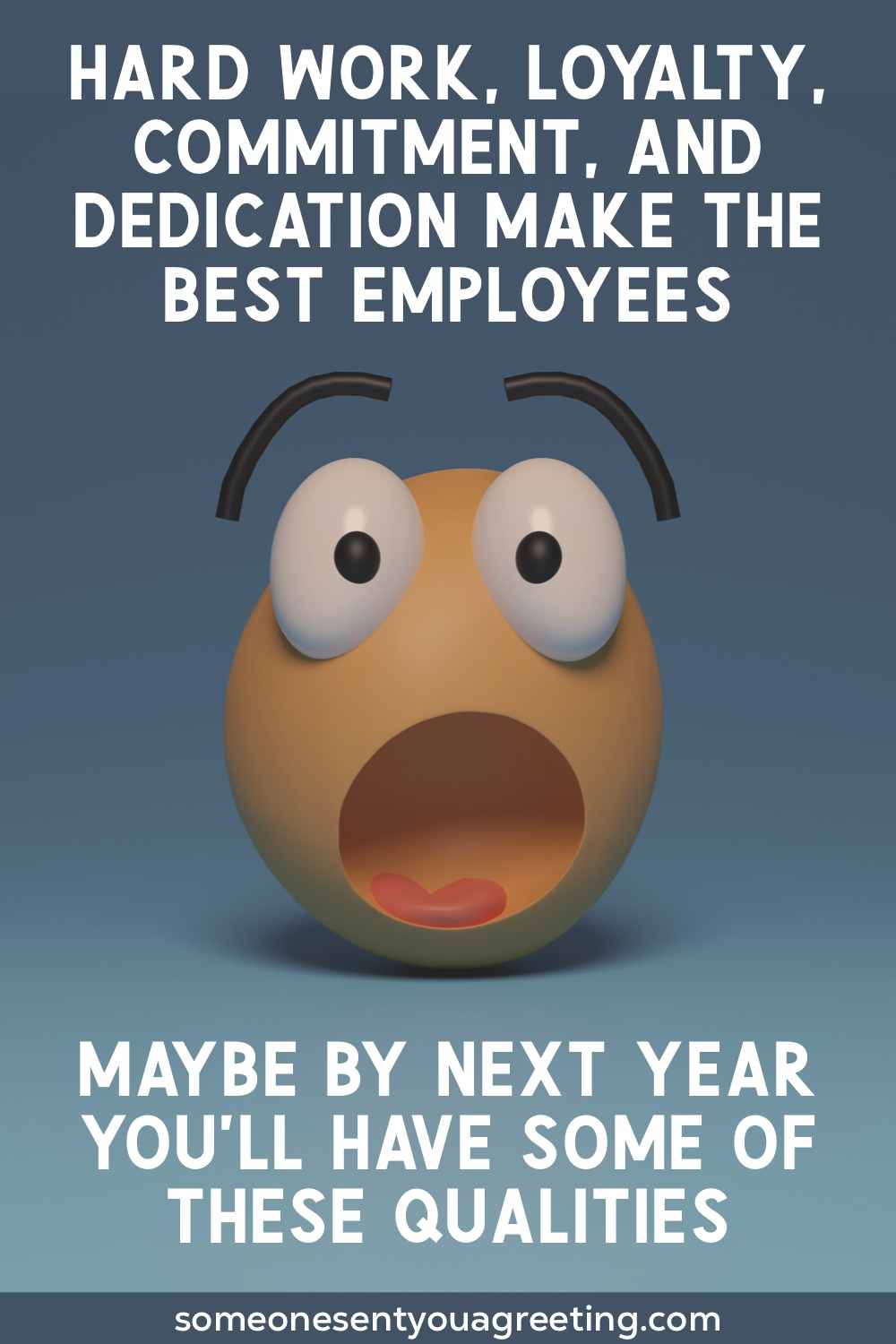 We hope you’ve enjoyed these funny work anniversary quotes and messages and they will help you to put a smile on your colleagues or bosses face on their work anniversary.